skip to main | skip to sidebar

Robert Heinecken's Exhibit at MOMA is Nothing Short of Amazing

I'd been avoiding going to MOMA because I was so disgusted with their stupid need for more space and the destruction of a jewel of a small museum, The once Museum of Folk Art. But I had some time on my hands and wanted to see this photography show. Trying to look away as I walked past the construction site, I had no idea how compelling I wold find this man's work. I was once told that a series of mine touched on the work of this man, so I was curious to know what an overview of his work would look like. My work in this vein had to do with taking images and using the backsides in collages in such a way to have the shape and image(s) inside contradict one another. His work explores the idea of combing disparate elements from different pages of magazines by cutting through to make a nonsensical composition.

He was a restless artist and didn't linger with his styles or ideas long. I can relate to that, myself. His work is not traditional photography--if he did take photos he messed them up by cutting, collaging, crumpling and making sculptures and such. He also used a lot of mass media--magazines, especially. These he would cut through or reassemble into very funny, trenchant riffs on our culture. My favorite piece is his tv set with a classical transparency of a nude attached to the screen, so that the ads and shows are seen through the shape of the nude torso. Very humorous and a wonderful way to watch television, I think.

He died in 2006, not exactly unknown, but not a household word, either. Californian artists--especially those who teach for a living--rarely get their due on the East Coast.

I'm posting a Marilyn Monroe cutaway--just look at the dress area to the right to see what has been cut through by Heinecken. There are entire walls of these. I'm also going to drop in one of my "Curious Girls" collages, since there is such affinity there. We didn't tread the exact same ground, but we were in the same neighborhood. 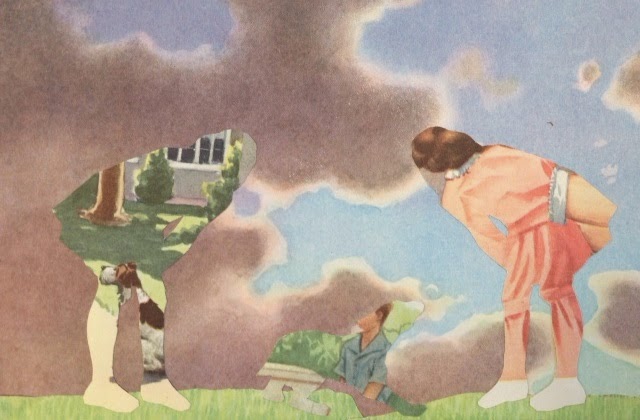 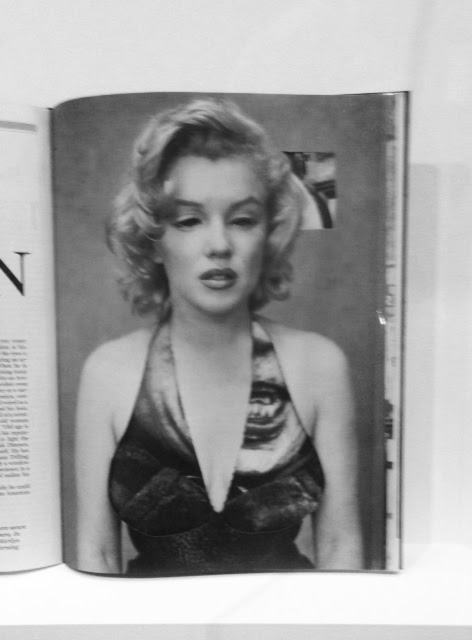 Posted by Juliahealy at 11:56 AM No comments:

This is a life-sized bear, originally a shooting target, that I made for the Black Bear Film Festival, to be held in October of 2014 in Milford, Pa. You can visit him or her on the Milford Library steps until then... 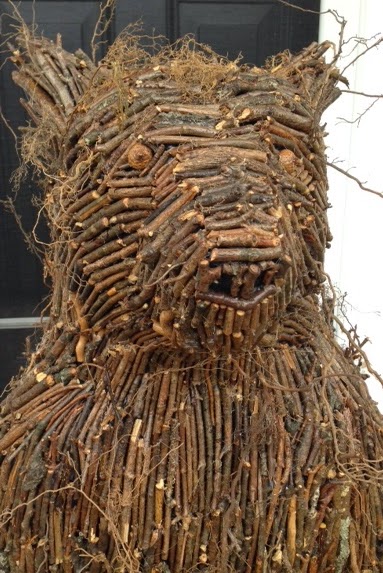 Posted by Juliahealy at 8:17 AM No comments: